HomeTutorialsPhotoshopMaking Of ‘Union Light And Power’

Making Of 'Union Light And Power'

I started this project with a very clear idea of what I wanted to produce: a scene with an old power station. I had a look for some nice reference on the internet and found that the Union Power Building in Missouri was exactly the right building for my concept. I liked the idea of having some towers and interesting architectural features so this was perfect (Fig.01). I themed the piece around the industrial revolution: a time when the pioneers of industry were experimenting with flight. Commerce was at a boom but this was at a cost to the environment, therefore I wanted the balloons to be almost reaching for some fresh air, out of the smog of industry.

A bit about brushes: for blocking in I used a soft round brush (Fig.02) with a Wacom Intuos 4, which has pressure sensitivity. For the mid details I then started with the chalk brush no 36 (Fig.03) and painted over again to get a free, impasto effect. I blended the work with the same chalk brush, but instead of using the paint brush I used the smudge brush with the finger painting option selected. This enables you to paint with the smudge and not just smudge what’s already there. This technique feels really nice, like real paint blending and yields good results. Try it out!

I studied the elements of the building and drew up a quick composition to get a general feel for the placement of the balloons and the towers. These were going to be the focal point of the piece and secure the composition to two strong vertical lines which led your eye up and out via the balloons. I always study composition very carefully when painting, as a good composition can really make a piece of work sing as oppose to bark. 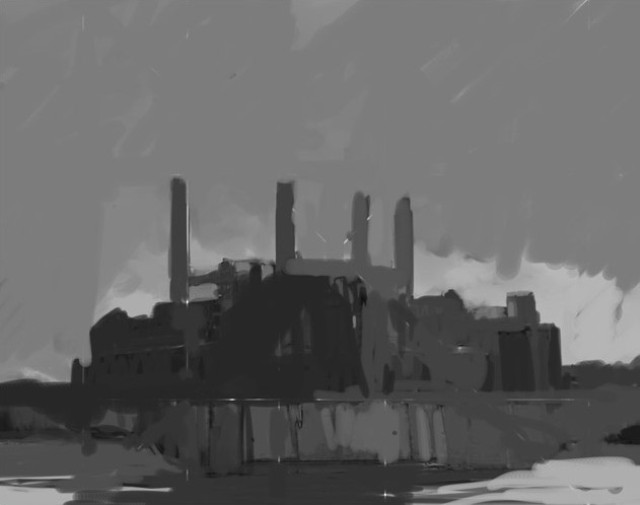 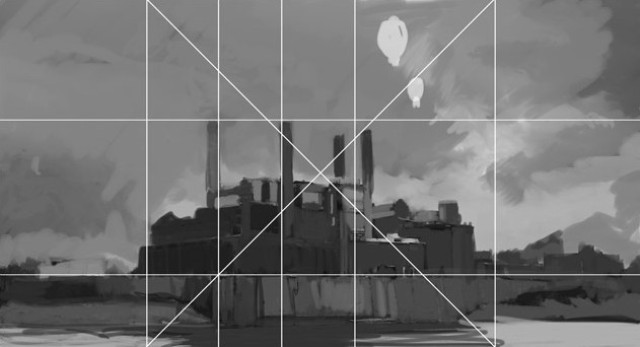 I kept adding details until all the main details were complete (Fig.06). As a tutor of mine once said, “We start with a sweeping brush and finish with a needle”. It’s important to concentrate on the bigger picture first and work your way down to the detail. The reason for a monochrome base painting is the same as the master painters of the Flemish period. They used to work this way in their training to discipline themselves and also to not get too carried away by color before they had mastered their tonal values. Once mastered they would continue to work as if they were tinting a photograph, tinting the monochromatic under-layer or dead layer. I like to work this too, in the hope that some of that old spirit will rub off on me. 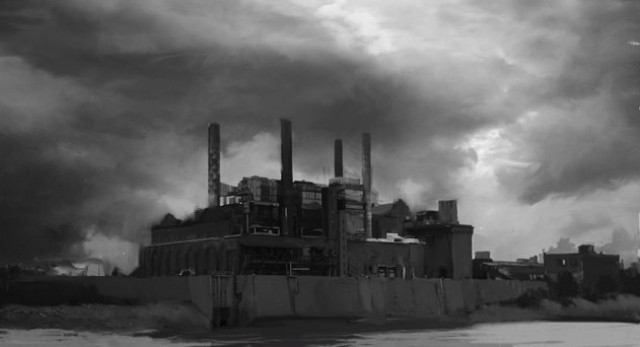 Now for the real fun: coloring. I had in mind a green color scheme to highlight the pollution. I didn’t want it to be too acidic, so gave it some warmth too. I made a gradient from warm yellow to warm green and applied a linear gradient straight over the whole image. I changed the blending mode to color, and bingo – a good base to start from (Fig.07)! 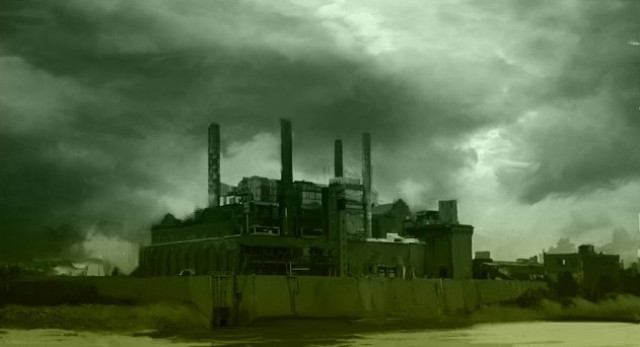 My advice for anybody at this stage would be to experiment. Be bold and try different colors within the range you want. Push it as far as possible and play with the layer blending modes. Sometimes I don’t know exactly how an effect will work until I try it, so I really go for it, messing around with as much as I can get away with without destroying the atmosphere.

This next section is very hard to put into words. Basically you have to look at the rhythms and flows of a picture and see how you can add to that flow with brush marks that will add interest. It all comes from somewhere deep within your heart. If you put love and soul into everything you do, it can only help you. That’s all I can say for thus detail pass. Just love it, enjoy it and go for it. Don’t be tentative or scared of making your mark or it will make the image dull and uninteresting. In these final steps I adjusted the temperature of the colors by using an adjustment layer and looked for lost and found edges. I blurred some edges and tightened others depending on the area I wanted the viewer to focus on (Fig.08 & Fig.09). 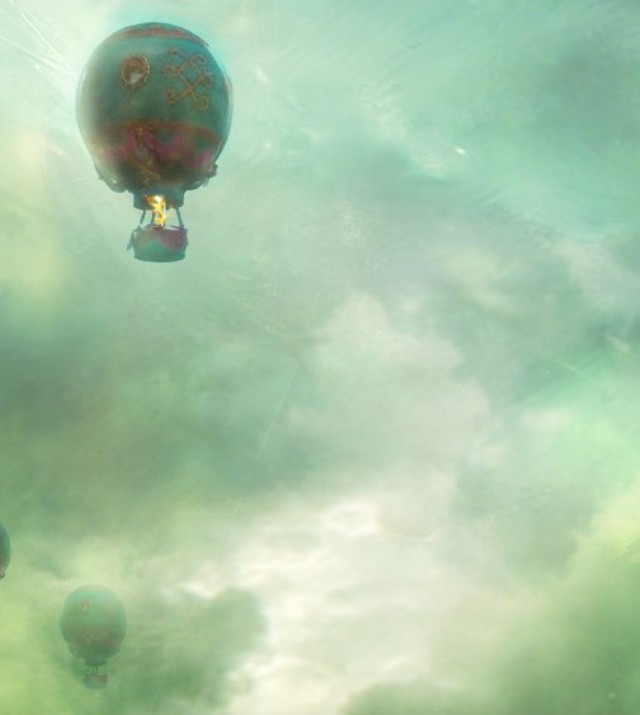 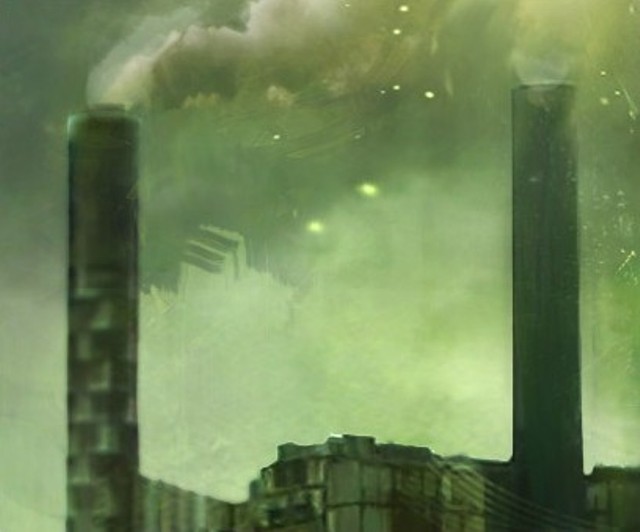 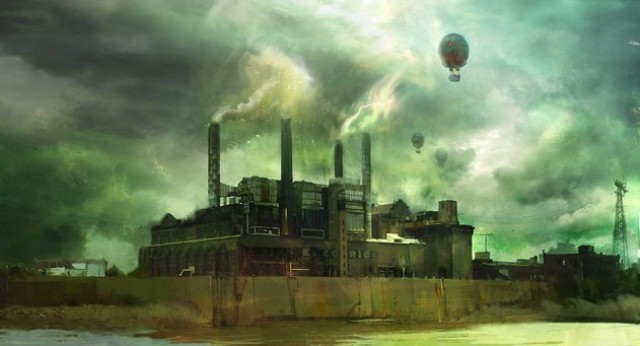