The character was based off of a book called Mistborn

Before doing any drawing, I drop a neutral grey background. this helps your lighter values come through when you add them, and keeps the character grounded in a realistic scene. A simple background will be added later.I choose a darker grey and begin sketching very loosely, thinking about the feeling and atmosphere I want the character to give off. It doesn’t really matter what brushes you’re using here, it’s all going to be painted over anyway. Just something that will make a mark and get your idea down. I’ve shown the two brushes I used the most. Once I have the figure established, I like to spend some time working on the face to get a better feel for the character. 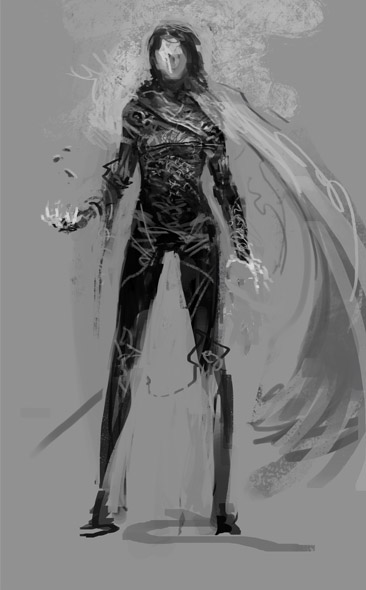 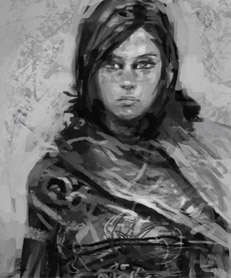 There were some obvious proportion errors in the initial sketch, so I went ahead and found some references to check proportions. 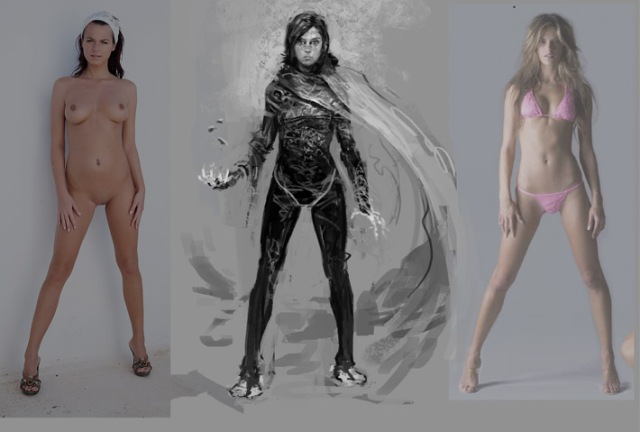 To start, I just added an adjustment later chaning the hue of the entire image to a blueish tone. I erased the layer over the figure, so she was a slightly different hue than the background. 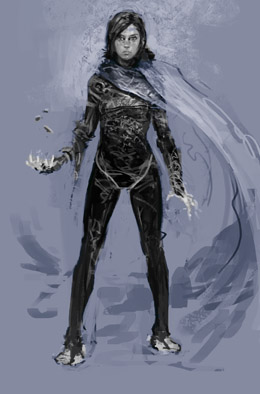 I then open up another document the same size, and start scribbling with whatever brushes I find. If you have any brush set or any kind of texture brushes, it will work. Just try to get some interesting textures. Use colors that you think you might want to show through your image. I wanted a cool, dark overriding color scheme, so I chose the appropriate colors. I made another version of the same layer, only I adjusted its hue to a warmer complementary version. 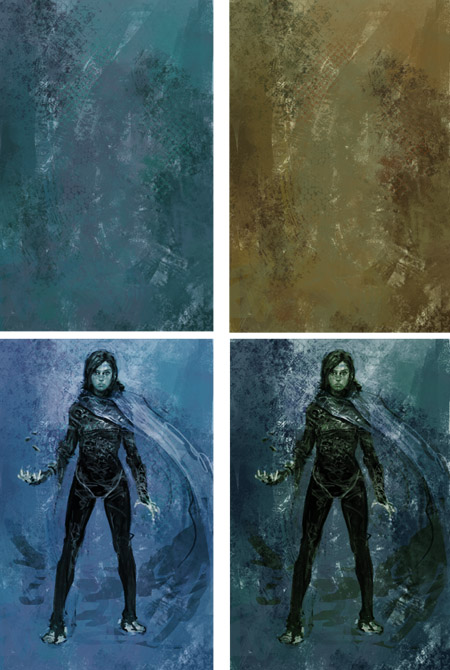 I then put each of the texture layers over my image on overlay mode. This begins to give a nice color wash to your image, as well as providing some textures for interest. If you find that your textures are too harsh, it’s a good idea to dial back the opacity on the layer. I found I wanted more of a greenish tint, so I adjusted the color balance of the image. 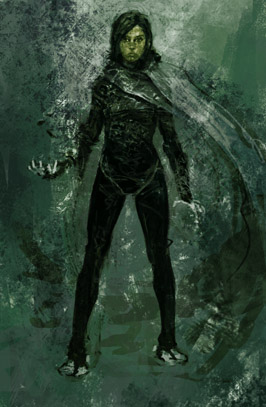 Basic colors are down, time to start painting on top of everything.Again, I started rendering the face first. I also began adding depth to the background, to try and make the figure look like she was standing on something flat. Still using those same brushes I used at the beginning. I knew I was going to need reference for the hands and feet, so those were saved until last haha. 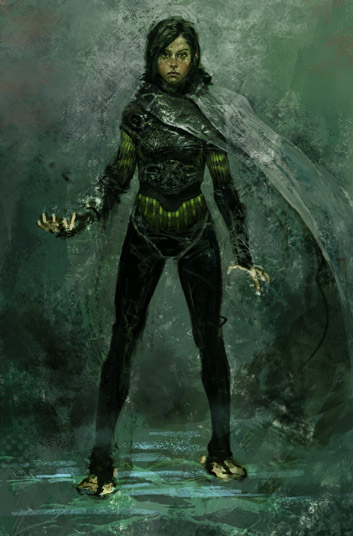 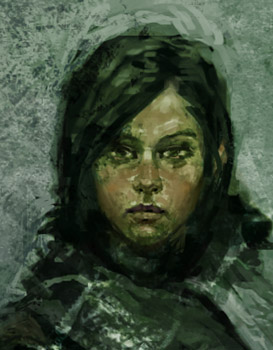 More detailing. Working on the textures and materials. The thing about textures is to imply them, not render every detail of them. From a level zoomed out like this, how the viewer will see things, the textures read well. Up close it looks like a mess haha. Finally got to the hands and feet as well. Spent a lottt of time on the feet, I had never painted anyone barefoot before. 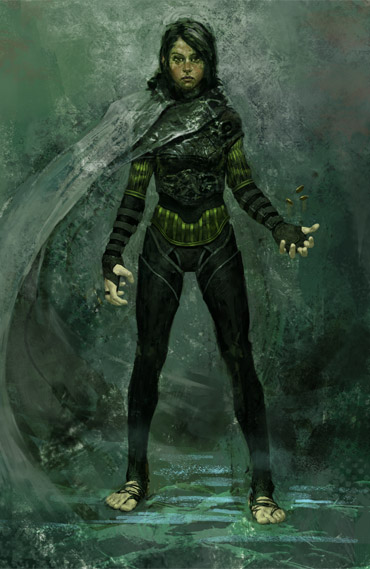 Here are some details – 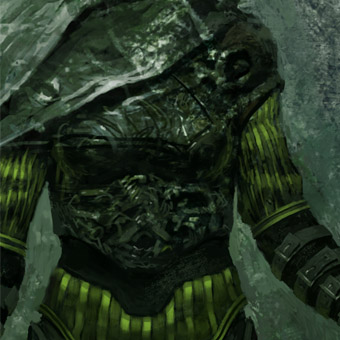 Last step here is to work on the background to bring out the character. I created a selection of the entire character, which might be time consuming, but it’s definitely worth doing. I used the lasso tool, but I’m beginning to work with the pen tool more for that kind of thing. The character was based off of a book called Mistborn, so I wanted the background area to be all misty and whatnot. That’s about it! I hoped this helps someone out or maybe gives you a new way to approach drawing characters. Feel free to get in touch with me and ask any questions. 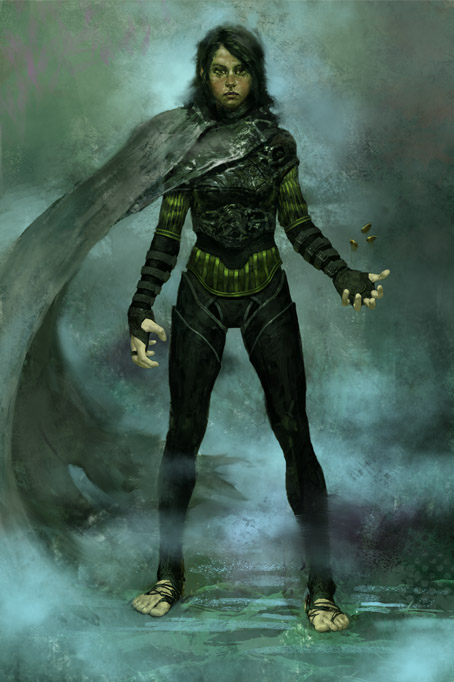 Modeling and Texturing a Soccer Ball in Blender