Just scribbling around, playing with gesture and basic forms, looking for cool ideas and rhythms. This is usually about as far as I take my lines. 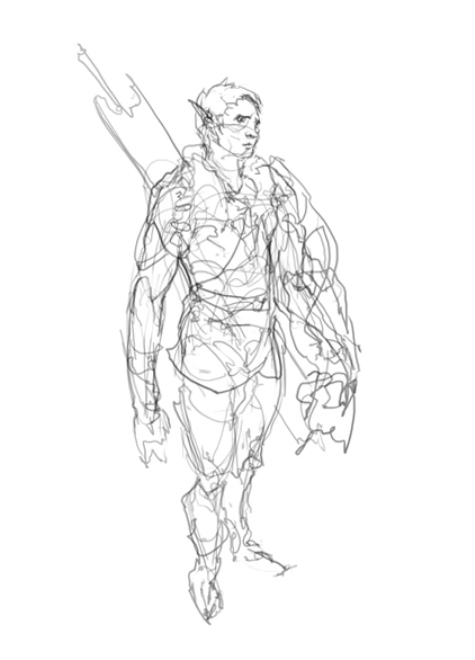 Throwing down some basic values underneath the scribbles to separate pieces of clothing, trying to find a solid composition with the costume design. 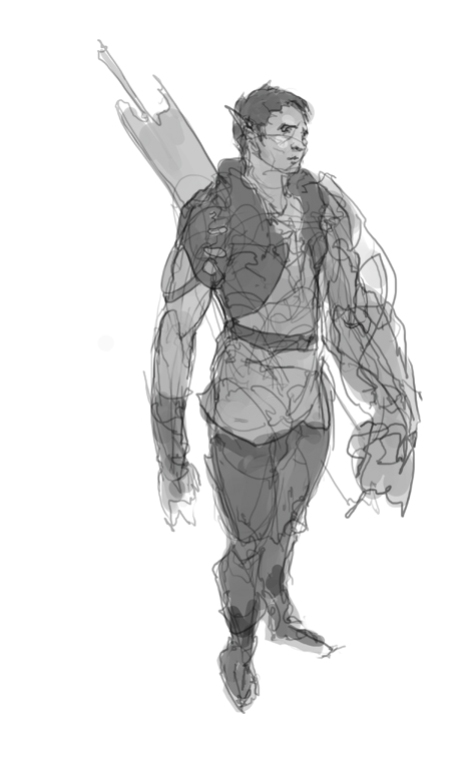 Starting to render over top of everything. Here is where I try to finalize design decisions. I don’t push the rendering too far, but I want things to look pretty solid at this stage. Just using the hard round brush, opacity/flow set to pen pressure 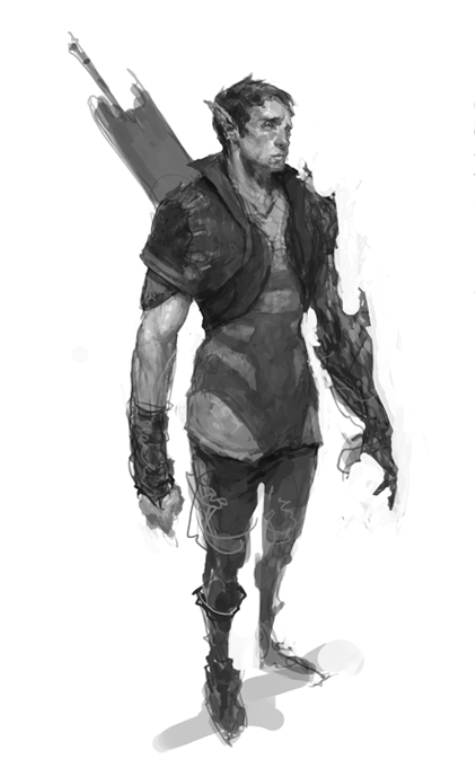 On a single color layer, I put down a light color wash of the basic color scheme I want to show through the character. 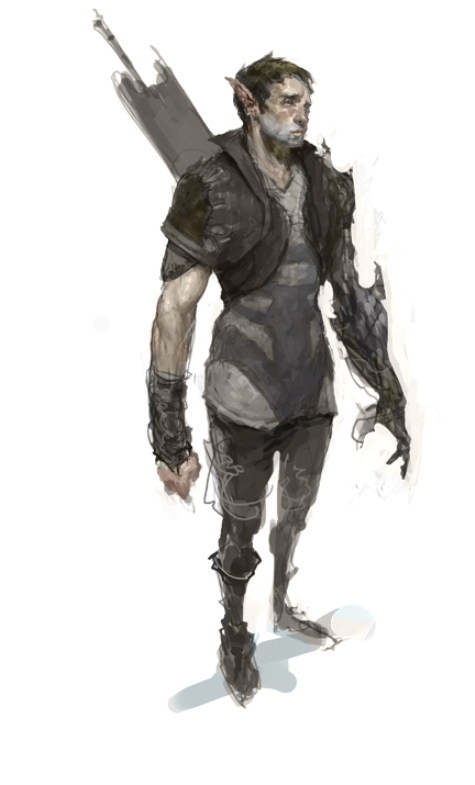 Some serious polishing now. Most of the work is spent at this stage, widdling away, and trying to interpret how forms look. Some proportion adjustsments were made on the legs. Just trying to push everything as far as possible from my head. I found I needed reference on the folds in the pants, so I put on some jeans and shot a few pictures. 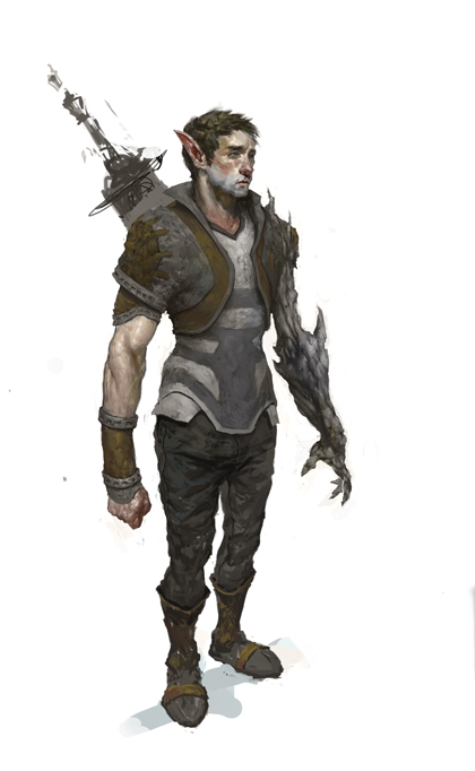 I like to throw in a second light source, in this case I chose a bright blueish lighting coming from an angle behind the character. This really helps things pop. I threw in a soft vignette in the background to bring the character forward and got rid of the nasty looking sword. Finally, I placed my website name in a visible yet not too distracting area above the vignette. 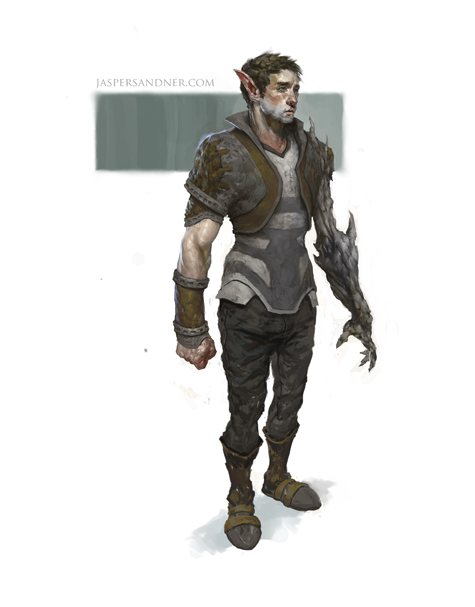