HomeTutorialsCinema 4DCinema 4D Tutorial: Use the Stitch and Sew Tool to Model Clothing

Cinema 4D Tutorial: Use the Stitch and Sew Tool to Model Clothing

In this Cinema 4D tutorial, we will model some women’s athletic apparel using production flats. This is a real world example based on a recent job I did for a friend and his wife. They are starting a women’s apparel company and had some vector artwork drawn up which they are currently using on their website until they get samples back from the manufacturer for a photo shoot. They asked if I could 3D model the tops and bottoms and make them look “filled out”. I had never modeled clothing before and said “yes”. 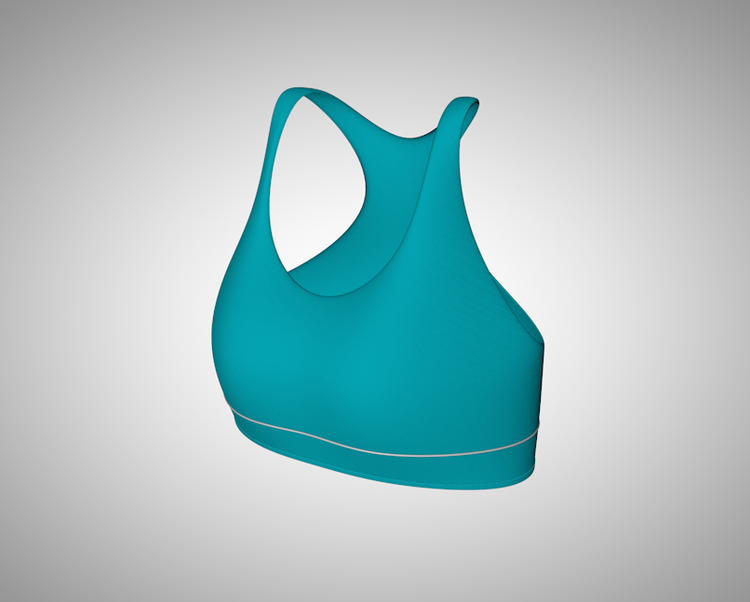 Modeled in Cinema 4D
Women’s apparel is a big market so if you can get in on that game, why not model some women’s clothing? Sure it’s not adding a Dynamics Tag to something and watch it fly around, but it’s still work. Remember, Cinema 4D is a tool for many industries.

Create “stitching” in Cinema 4D
Modeling clothing turned out not to be much different than anything else. And since Cinema 4D comes with a “Lisa” female human model I was able to use it as a guide to shape the clothing.
Cinema 4D Techniques:
Stitch and Sew
Edge to Spline
Cloning onto Splines